I am an Indian, And I am sick of Terrorism

Tonight’s terror attack in Pune, has made me angry. Very very angry. And I’m sure the entire country echoes the same sentiment.

What happened was atrocious, and inhuman. But, like every other Indian, I am getting sick and tired of these dastardly acts of cowards. I can almost see the chain of events that will be played out now. News channels with expensive graphics and sombre music, will run the cover story for some days, non-stop. A few channels will claim “we told you first”. The police will tell the Home Ministry, that “we warned you earlier”. Government will say they did not. They will find a Pakistani hand. Pakistan will look the other way. Soon we will have a comission set up to investigate the blasts. They will find clear evidence of the Pakistani hand. Pakistan will say, its not a hand at all. There will be heated debates in TV. US will say that it will support the War on Terror totally, but will still supply arms to Pakistan which it will use against India. After a few months, tension will simmer down. Pakistan will Invite us to dialog, and cry as to why we won’t have their team play in India. Some media company will launch an ‘Aman ki Aashaa’ Campaign. India will say, “Okay boss. Lets think of dialog.”

Dialog? What dialog. Its about time we acted. And I’m sure everyone will speak the same tone, for some time atleast. And then finally, we’ll forget everything, until the next bomb goes off somewhere. Will we act only when these maniacs blast us to smitthereens. We’re stuck in a bloody loop. A bloody loop of Terrorism, Politics and Fear. Its time to break free, or die trying. Because if we don’t, we are going to be killed by the next bomb anyway.

But what’s the use. No one’s listening. 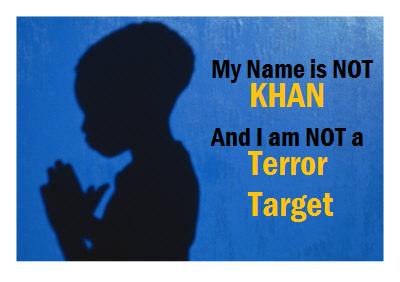 I'm an Indian, And I'm sick of Terrorism