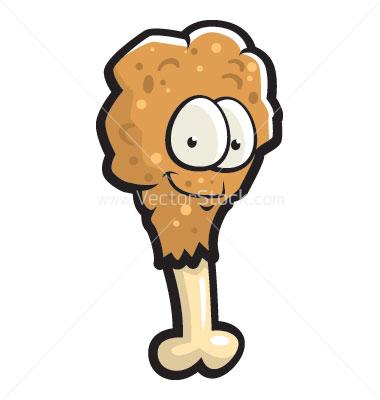 Mohan sat there watching the coy Jaya listen to him. She was beautiful, smart and very intelligent. He… was no match for her. Their parents had tried to fix this alliance. He liked her. Marrying him wouldn’t have killed her either. So it was almost finalized. Everything was fine… Until…

“We will get back to you later…”

That was the third time this had happened with Mohan and Lakshmi Aunty was clearly worried about her only, 30-and-showing-no-signs-of-getting-married, son…

And all Mohan had asked Jaya was “Do you know cooking?”

Lakshmi Aunty almost cried on the way back in the Car. Mohan was miffed with her. Despite having told his mother a zillion times she had looked up a girl who didn’t satisfy his preliminary requisites. She looked beautiful, was from a rich, well to do family, worked in a bank, and earned a decent salary. But it just didn’t matter anymore. Boiling water in an induction stove was perhaps the only thing that Jaya had done related to cooking. If she didn’t know cooking, how on earth, or heaven or hell, could she make him what made his world go round – Hyderabadi Chicken Biriyani. “Loosa ma nee?” was the best way he could sum it up to his mother at that instance.

Mohan and Hyderabadi Chicken Biriyani go back a long way. He and that seraphic plate of dry, oily rice with a heavy helping of spicy chicken pieces, shared such a deep bond that nobody could explain. He had grown up hating veggies like all other kids. But as he grew, the ‘veggie-hater’ kid in him refused to. While kids his age would crave for chocolates and ice creams, Mohan would crave for a ‘leg-piece’ in his Biriyani. Chicken became his favorite animal, and he showed his love by doing what he did best to them, devouring them every weekend. As Ravi Shastri once said about Sachin’s batting, Mohan was sent into this world for only one thing. To savour and devour the best tasting Hyderabadi Chicken Biriyani. He loved Chicken Biriyani so much, that his friends swore that he had onion Raitha running in his veins instead of blood.

His mother wanted to see him married off. After Mohan’s father passed away, he was the only thing that meant the world to her. She wanted to see her only child settled in life. Also making Chicken Biriyani this regularly, wasn’t too easy you see. 🙂 She had tried her best to find a suitable girl to ‘outsource’ this off. The best alliances were looked up, photos exchanged, horoscopes matched, and sifted through proposals until she discovered Meera, a very traditional South Indian girl. She had double checked if she knew how to make Biriyani and only then had called on them at their home. Mohan was excited, but 5 minutes later, he walked out disgruntled. It turned out, that she could only make vegetable Biriyani, as Meera was a vegetarian. Mohan dropped the idea of marrying her, faster than KKR dropped Ganguly in IPL4.

Aarthi was a bit different. She knew cooking and made good Chicken Biriyani. It seemed a match made in heaven. But Mohan rejected her after she wanted an undertaking from him, that she would want an equal helping of all Biriyani that she cooked, and any ‘leg-piece’ was to be equally shared between them. “The Government gives 30% only and you want 50?” he had frowned at her before walking out.

Jaya, was someone Mohan had known in school. She used to be his neighbor and they had studied together till 8th grade, where she used to bring him delicious Biriyani for lunch from home on Wednesdays. So when Lakshmi Aunty told him about her, he was assuming that she would have picked up some skills from her mother. But then, she apparently had spent a good deal of time in the US, and had no exposure to cooking at all. “How people change?” he wondered to himself as he drove back in his car that day. His mother tried to convince him that she could teach her how to cook Chicken Biriyani over the phone, as she had done to many other people. Mohan was just too distraught to listen.

This ordeal with Women had plagued Mohan’s life forever. College wasn’t too kind to him either. Oh yeah, he had his sweetheart in College. But the relationship broke down before it took off after the girl became a Vegetarian. And he had a thing for Vegetarians you see.

“No meat? What do you mean no meat?” He had argued with a friend in college. He had this theory that the world was coming to an end, thanks to Vegetarians.

“You guys are disturbing nature’s food cycle man.” he had claimed. “If the top of the food chain ignores what’s under it, there would be no more a pyramid.” He made it sound so convincing that he had Parthu, his college roomie, ‘convert’ from a ‘yuck omelette!’ guy to a ‘what no omelette?’ guy. Left to him, he would have published a paper on how vegetarianism leads to Global Warming, and have Dr.Manmohan Singh appoint an Anti-Vegetarianism Task Force in the country. He was, what his college mates called, ‘Menaka Gandhi’s Worst Nightmare’.

The Biriyani mania continued to office, and his love for the food became folklore. He became the ‘Customer of the Week/Month/Year’ at his Office Cafeteria’s Biriyani stall. On successful completion of the project, his team lead, Prabhu had promised him a double plate of Chicken Biriyani at his house and Mohan’s Uncle just had to keep his son’s wedding on that date. Mohan had to decide between a plate of Biriyani and his Cousin, and he immediately had decided on Biriyani, before his mother threatened to sever all ties with him if he didn’t make it to the wedding. And so while all his project mates were at Prabhu’s house, gorging on a delicious mountain of Biriyani, Mohan had to sit at the wedding eating Sambar rice and potato fry. 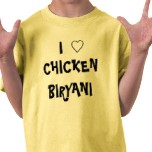 He had now rejected 3 girls, and that wasn’t a good sign. His time was running fast and his hair-line receeding faster. Now rejections do also take a toll on the groom’s prospect as well. No girl’s father wanted to have his girl be rejected by a ‘Biriyani junkie’. The proposals almost trickled down to absolute zero. Lakshmi Aunty used every wedding, reception and Social gathering to do some bride hunting for her son. When she found a girl who could cook, her horoscope did not match. Whenever the horoscope matched, the girl’s height didn’t. When the height did, the weight didn’t. It had reached a point when Lakshmi Aunty had almost resigned to the fate that she would have to cook her Bachelor-for-life son Biriyani for life, when Mala happened…

Mala was her close friend’s daughter, who had moved in to Chennai from Hyderabad recently, and that was the first thing that grabbed Lakshmi Aunty’s attention. She was very beautiful, had studied Engineering in Hyderabad and with her father’s retirement, had decided to come back and settle down in Chennai. Aunty just hoped that she had bought with her some of the spicy, culinary skills from their Telugu speaking neighbors. She made a few calls, made some checks, and one fine Sunday morning, dragged a very reluctant Mohan to Mala’s place at Porur. After the customary greetings and snacks, Mala and Mohan were left alone to strike a conversation and ‘know each other’. Lakshmi Aunty uttered a zillion silent prayers.

Now this wasn’t new to Mohan and he usually knew how the events would fan out. Like a seasoned recruiter of an IT company, he had now the expertise to size up the person in front of him. He had made it a habit of showing no remorse in the questions that he asked her. But just a fleeting look at Mala changed all that.

She was beautiful, smart and very intelligent. He… was no match for her.

He was tempted to forget this interview and say ‘Yes’ at that very instance. But then, his ‘Biriyani-eating’ counter-ego, kicked in. His previous three outings had taught him good. He decided to tone it down just a bit.

“So Mala, do you cook?” he asked gently. His fingers crossed, almost on the verge of getting dislocated.

Mala took her time, and then moved her head in all directions…

Mohan sat there fixed in anticipation, and asked “Nodding is good… But is that a yes or a no?”

“Stage 1 cleared.” he told himself and continued “And are you a vegetarian?” he popped his next question.

“Only on Thursdays” Mala replied.

“I can live with that” a desperate Mohan consoled himself, before Mala added “But I have no problem cooking it whenever you want” she smiled.

“Oh my dear Angel” Mohan was ecstatic, this might just work. But he had one more question.

“So… What do you…” Mala interrupted Mohan before he could complete his question.

And so, like Dosa and coconut Chutney, Biriyani and Raitha, Rotis and Dal, Mohan knew instantly that they were just made for each other…

“There is a God…” Mohan looked at the heavens, tears in his eyes and uttered, “Thank You.”

As Mohan walked back to that crowd that sat in the living room to express his whole-hearted approval of the match, and perhaps even check if they would serve Biriyani for lunch, Mala took out her mobile, went to Contacts Manager, renamed the contact ‘Lakshhmi Aunty’ to ‘MIL’, smiled and muttered “Thank You Aunty”. Her laptop on the table displayed 34,200 Search Results in Google for “Beginners guide to make Hyderabadi Chicken Biriyani”. 🙂

After all, all was fair in Love, War and The Great Indian Arranged Marriage.