Here’s my entry to the “Mystery Fiction Contest” on Blogadda. This is the climax to the story – “Reunion” by Ajay Nair.

…I knew what had happened that fateful night. Lila was too smart to be killed by anyone. We all had tried our best, but had failed miserably. Only one person amongst us could have killed Lila. And that had to be Lila herself.

But then, Lila was too smart to die….

Lila wanted all of us to suffer, perhaps even die. But she couldn’t do that and risk being caught. And she knew very well that we’ll refuse the poisoned tea that I had once used against her.

And hence she decided on doing the next worse thing. Frame us for murder. All of us had a motive. She had the brains. She spread all the artifacts she had collected from us across the room to try and make all of us suspects. All except one. One who did not have a motive any more.

And then, she pulled out the masterstroke.

Sia, was her identical twin. She was as different from Lila as possible. But then, they shared the same face. A fact that Lila used to her advantage that night. When Sia went in to meet Lila that night, something transpired that none of us could have imagined. Lila cried and apologized profusely to Sia, about how much she had missed her, and how sorry she was to have hurt her. She told her about the virus and how her days were numbered. Sia was sweet. She believed her. Lila, however, smart. She wanted Sia to believe her. Lila offered the poisoned tea to Sia during the conversation and she took the bait. The poison would take some time to take effect, and hence she pulled out one last trick for the evening.

Lila explained to Sia, that for the rest of the evening, she wanted to live like Sia, and begged her to let her take her place for the night. The sweet Sia was so shocked to hear this ‘last wish’ from her ‘dying’ sister, that she readily agreed.

So when Sia, came out crying, it was Lila finishing her masterplan. Sia never realized that she was going to die as Lila. She was shocked and that showed on her face. And then slowly when the poison took effect, it was too late for her.

Lila was dead for the world. But she was alive as Sia. Lila had achieved it – a perfect murder… 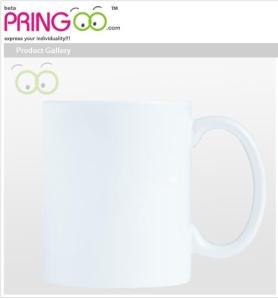